Frank Russell, a journalism professor at Cal State Fullerton, who focuses on research about social media and journalism. Further discusses his research and provides insightful information about conducting research.

His research work, “Who sets the news agenda on Twitter?: Journalists’ posts during the 2013 U.S. government shutdown” uses a content analysis approach to examine how news messages are shared on Twitter. Professor Russell explained that journalists have the pressure to break news and be active on Twitter, as a sort of promotional tool for their organizations. Because of this, one of the many challenges journalists face is determining which information should get passed along to audiences. He found that journalists will often share content from their own organization rather than from other sources. Additionally, local media will often draw audiences in with “interesting headlines.” Elite media, on the other hand, is often less inclined to share opinions on the news that they share.

One of the advantages of using Twitter for research is that data is open and available for anyone to see. For his research, Professor Russell analyzed more than 90 thousand Twitter posts and tracked the views, likes, and favorites. From there, two or more coders would categorize different aspects of the content and track which news accounts had the lowest level of engagement. With some of the research that Professor Russell has conducted he has determined that sports tweets have some of the lowest levels of engagements. 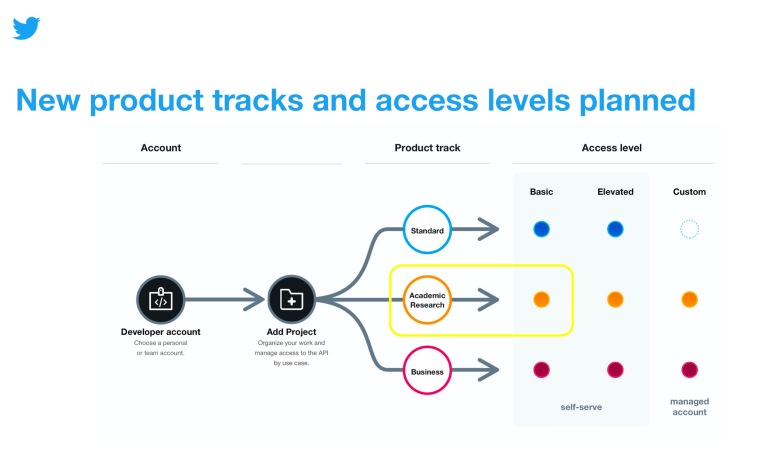 With social media always evolving these networks have become a go-to news resource for many individuals. When asked if it is good for the consumer to take in news via social media Professor Russell said the best way for an individual to get information is to follow a small number of independent non-partisan news sources. He suggests two of the best independent reputable non-partisan news organizations are the Wall Street Journal and The New York Times. The Wall Street Journal being a right of center newspaper and New York Times being more left of center. Both of these newsrooms make sure to provide different perspectives for their audiences according to Professor Russell. In fact, he makes it clear that the danger of intaking news from social media is that fake news is cheaper to produce than real news. There is a lot of misinformation on social media that is much easier to produce. But this does not mean social media is completely useless when it comes to news but both newsrooms verify information that they publish which is extremely important and differs from the news on social media.

The graphic above lists how often people turn to social media for their source of news in March of 2020 and May of 2021. What is surprising is the opposite ends of the spectrum in the consumption of news from social media. The two most popular choices were daily and never. These two answers seem to be contradicting. The other interesting factor is the decrease of 14% from 2020 to 2021 in the “daily” category. This is a year and 2 months from the beginning of the pandemic and people seem to distrust news from social media more because of that decrease. Another factor that supports this statement is that there was a 7% increase in the “never” category.

Facebook is one of the social media platforms that is being faced with criticism about user data and safety. When asked about how this could potentially change how research is conducted on all social media channels Professor Russell responded by pointing to his own research. In three of his own research studies, he argues that these social institutions once they exist they never go away. This makes all of these social media platforms powerful because they have similar values and practices. He mentions that there isn’t much to expect from Facebook despite the backlash because the research he’s done and research from others has pointed to the idea. Professor Russell suggests that there could be a way to pressure Facebook if other platforms change. He thinks that it will be a challenge for the U.S to regulate these platforms without violating the first amendment.

Professor Russell’s advice to beginner researchers was formed by his own experience in the research world. For one, his advice on how to narrow down a topic is by looking for existing gaps in research. By looking at other research it can provide a new perspective that can lead to new questions. He recalled a time when a former student of his used his research to form their own research study. The study, which was done by his former student, eventually led him to conduct another research because of the new perspective his student provided him with.

When asked about the most difficult part of the research process, he stated that finding the time to start is particularly challenging. Conducting research can be a lengthy process so it is important to keep that in mind. As a reminder, Rusell made sure to point out that everyone’s challenges vary. There are challenges that arise in all parts of research from designing the study, doing the literature reading, and even conducting the research. Professor Russell also mentioned that when he was a beginner he struggled to transition from being a journalist to a researcher. As a researcher, he had to learn that expressing his own opinions was needed in order to write and conduct research. As a journalist, he was taught to be as objective as possible which is the opposite of what researchers do. Researchers must be able to share and discuss their opinions.

Reference for the chart

Morning Consult. (May 18, 2021). Frequency of news consumption via social media among adults in the United States in March 2020 and May 2021 [Graph]. In Statista. Retrieved November 02, 2021, from https://www-statista-com.lib-proxy.fullerton.edu/statistics/263498/use-of-social-media-for-news-consumption-among-hispanics-in-the-us/

View all posts by nicoleflorescruz