Have you found that the impact people get from others online is more negative or positive?

Dr. Vendemia believes the impact to be both positive and negative in an equal manner as there is not enough evidence to confidently choose one over the other. There are a number of variables that need to be taken into account. For example, those who are passively versus actively viewing content on social media, whom they are following, what kind of content they post themselves, and what their views of societal expectations consist of.  However, Vendemia mentioned,  “sometimes what might be positive for the content creator such as posting a picture of themselves online opens themselves up to public scrutiny or a level of self-consciousness.” This contributes to the possible need to reinforce the idea that physical appearance is central to one’s overall identity. Oftentimes, the focus on physical appearance can take away from other significant and valuable characteristics that may otherwise be overlooked or completely unknown. Although people enjoy receiving compliments, for people to consistently utilize social media as a way to receive positive feedback can increasingly become less and less fulfilling. Dr. Vendemia said, essentially, “over time, continually getting this reinforcing feedback is unsustainable.” This can especially become dangerous when oftentimes people “tether their self-worth” to instant gratification and validation. Naturally, people’s appearances will change, and this mindset can often lead to unhappiness with physical appearance, editing photographs, and even cosmetic surgeries.

“Social media platforms would not be so widely used if people didn’t see value in them.”

The image below demonstrates the findings of a study conducted by the Florida House Experience and reveals the prevalence of individuals comparing their bodies to images seen on social media. Over 50% of females reported that their body comparisons result in a negative outcome, and their body “compares unfavorably.” Although the focus tends to be on women, this graphic displays the significant effect of social media on men as more than 65% reported their participation in comparing their bodies to social media images. 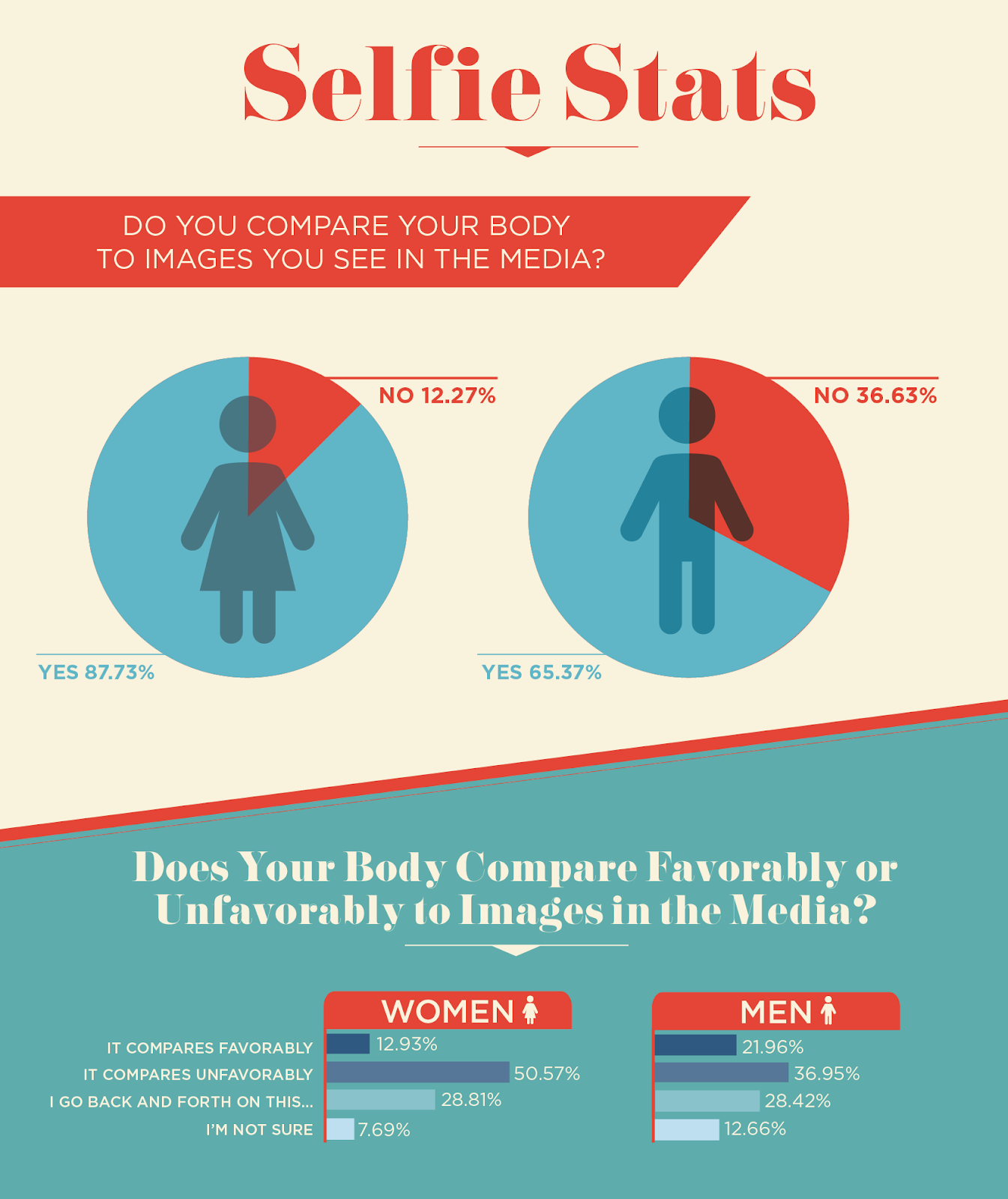 Throughout your research have you noticed any trends or common themes?

Dr. Vendemia states that one common theme she’s noticed is that “people generally react negatively to sexualized images of women.” Many people dislike seeing posts of women that show off their bodies in an objectifying manner. These types of images make people feel negative emotions like lower confidence or intelligence about the women in the photo. Seeing this type of content through social media also creates negative feelings about yourself and affects your mental health. Manago et al., (2014) argue that there can be psychological consequences of viewing images of objectified bodies like anxiety or shame about your body (p. 2). Feeling shameful or anxious about your own body can be very detrimental to both your mental and physical health overall. Following numerous people that post sexualized images is going to result in more of those negative feelings. Constantly being exposed to this type of content through social media can affect your mental health and well-being.

“There has been recent research that suggests young women and girls are disproportionately negatively affected by sites like Instagram.”

Have you found that we are more impacted by our peers or by advertisements from companies?

Dr. Vendemia mentioned that she had not done enough research in that area. However, she shared her thoughts on the possible outcomes of that research. In one of her previous research studies, she added that college students were shown social media content from their peers and models. They found that people were more hostile to people they thought were peers. The research also showed that the students were more forgiving or kinder with the content of the models. Dr. Vendemia concluded that those who consume media have different reactions and opinions on the self-enhancement of images based on the relationship to the content creator. Dr. Vendemia added that “the nature of the relationship should matter” when discussing how and why we are impacted by the media that we consume. 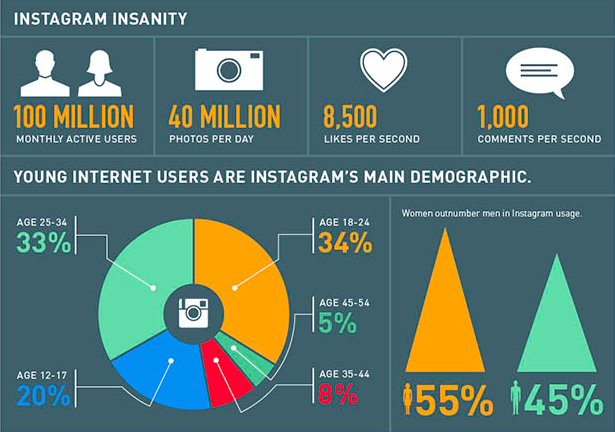 There has been a recent shift in social media where more content regarding the importance of mental health is being encouraged. Do you see this as potentially being an aspect that will allow users to have a positive relationship with social media?

With over 40 million photos being shared per day on social media sites such as Instagram, there is room for a wide variety of content. However, within the last few years, there has been a significant increase in the discussion and promotion of mental health on social media. Dr. Vendemia discussed the possibility of those crucial messages getting lost in terms of the amount of exposure. Although, she also sees the potential in greater visibility around mental health and the opportunity for viewers and social media participants to hear messages and attach to those stories or people.

What would be the best method of research for this particular project?

The experience in the research world is that people can approach the same problem from multiple methods, especially when it comes to social scientific research. The flexibility to approach many methods can explore the negative consequences and the positives. “There could be rich data gathered from more of a qualitative approach in this case,” expressed Dr. Vendemia. It demonstrates a sense of understanding and gets a feel of what people prioritize and express the essential things—a survey of the response of why people feel specific ways would not be so natural. Different methods can have different information outlets; she even mentioned the possibility of focus groups but to keep in mind what cogitations can occur when people choose that route for research. Most of the research she conducts mainly surrounds quantitative methods and experiments. However, there are also times when her work involves surveys and understanding certain variables and how they relate and affect certain aspects. Although Dr. Vendemia primarily focuses on quantitative methods in her research, she also sees the value in mixed methods. For a topic like ours, surrounding the mental health effects of social media platforms like Instagram, she believes there is a benefit to questions aligned with qualitative methods. Vendemia suggests that including some open-ended questions will allow quality answers and more naturalistic responses.

Clips of our discussion with Dr. Megan Vendemia

View all posts by