“Public relations is about sharing the right information to the right people at the right places and times–to build a brand reputation into a specific image”.

Before we were lucky enough to have our interview with Dr. Bey-Ling Sha, we attempted to reach out to a few other scholars with no luck. We ended up being so fortunate that this was the case because our interview with Dr. Sha inspired creativity and confidence. Dr. Sha is an award-winning public relations expert; her academic credibility and down-to-earth attitude made her an easy choice to reach out to for our scholar to interview. Before the 30-minute Zoom interview, we collectively compiled some questions for our topic; but these questions merely served as starting blocks as Dr Sha inspired a new direction for our team project.

We began by defining our overall interview topic: Public Relations. Dr Sha aided in writing one of the most used textbooks on public relations titled “(Cutlip and Center’s) Effective Public Relations” that was originally published in 2012. In our interview she pulled her book’s definition of public relations as, “a management function (that) builds and maintains relationships between organizations and people”. For those of us who weren’t quite clear, PR is different from regular marketing in that it has an effect on all stakeholders and in most cases, it’s not paid for. We now see some paid reviews and things of that nature through influencer marketing, but that drifts away from PR and highlights the new blurred line brought on by integrated marketing.

To be honest, being a college student in 2020 doesn’t necessarily mean that we have our life plan figured out (we aren’t sure about you); Dr. Sha’s academic and social journey to a successful career was like a rocket once she found the right path. We went on to learn that her career actually sprouted from her ex-boyfriend’s dad’s influence (as he was in PR) and not being able to get classes for her other different major. It seems like that relationship worked way better than expected in a completely different way!

We then jumped right to our original discussion topic of choice: Social Media. Dr. Sha brought up some key factors in how social media has affected her work over the last few years. She expressed that social media has become an additional platform(s) to master and control because it has increased the potential exposure to company failure. Now, everyone with a phone or a computer has the ability to share news and opinions and it’s nearly impossible to control or filter it all in a timely manner. This got us thinking, all of us have social media accounts and realize how easy it is to share information immediately without realizing the positive or negative effects for a number of companies that we mingle with daily.

Dr. Sha also noted that social media has widened the reach of the cultivation theory. Cultivation theory suggests that mediums like social media instill community and cultural norms. This means that over multiple views, and over time, social media is creating standardized roles and behaviors; or simply, we are being influenced. *Cue Million-view influencers emerging from their penthouses and private jets*

Be honest with yourself–have you ever edited your appearance or altered your stance on something because of some of your favorite influencers that you see everyday on your screens? This is an example of cultivation theory in action. A few of us are guilty of getting items from being influenced by social media—talk about bad influence!

Branching off cultivation theory, Dr. Sha mentioned the spiral of silence theory. No—it’s not a horror movie, but to the individual effected, it can be worrisome. This theory suggests that a community or social group may exclude or isolate a person(s) due to the person’s opinion.  The spiral of silence theory highlights that we have a fear of being isolated or being the odd man out. Have you ever felt this way? Our group felt like this was a huge concept in middle school and high school, and yet, the concept still has an effect on us even in college where we are taught to be creative and express ourselves. To be part of a group may often feel safer than being left out. 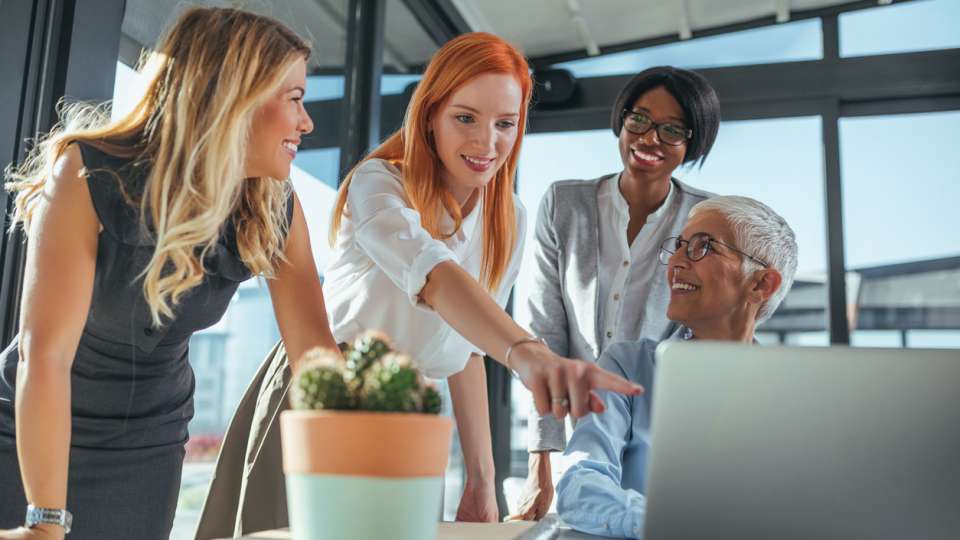 This led us to the topic of women empowerment and women in the workplace. As an all-women group we are drawn to this topic. Dr. Sha shared that when she first began in PR, being a woman in the workplace wasn’t too bad, and the environment is only getting better. It wasn’t as dramatic as we had pictured like in the show Mad Men (we know that was a long time ago and it was an ad agency) as there are now many women in higher positions, but there are still some key problems to work through.

Dr. Sha discussed the gender pay gap and the gender glass ceiling and that these concepts definitely exist in PR. Her advice for anyone (not just women) is to know what you want, earn it with your work, and ask for it, whether it is financial or a title; always set a higher benchmark and goal. She also touched on the all-encompassing topic of sexism. To fight against sexism, you need to know your own worth and pay attention to the differences between men’s and women’s successes; and when they should be the same successes. The sexism conversation helped mold our original topic from social media and influencers to the much heavier topic of sexual harassment in the workplace, specifically for women. We will be doing an online survey for females to further our research for our term project and using a social media platform to obtain our participants.

Having access to scholars, higher education, and technology has made us all extra thankful for the era that we live in. We are simply a group of women looking to advance our academic selves and eventually our careers. Some of us know what we want to do as a career and some of us are simply trying to finish our degrees, but we recommend to all students to reach out to teachers and scholars and find a role model for yourself. This person does not need to be in relation to your major, but with a background of what interests you. We all felt inspired and are excited to continue our Communications degrees in hopes of finding success like Dr. Sha.

Check out our condensed video below for a 5-minute clip from our influential meeting with Dr. Sha!

View all posts by